Are you moving into a new office space and need to run network cabling to all of the workstations? If so, you're likely wondering what types of ethernet cables to use. Here is what you need to know about the differences between Cat5e, Cat6, and Cat7 cables so you can pick the one that's best for you.

One of the most common cables used for an office network is Cat5e, because they are the most inexpensive and get the job done in basic office settings. While Cat5 is pretty much obsolete these days and has been replaced by Cat5e cables, you'll find that most people refer to Cat5e as just Cat5. That said, there is a huge difference between the two types of Cat5 cables. Cat5 allows for speeds up to 100 Mbps, and Cat5e can give you speeds up to 1000 Mbps, often referred to as 1 gigabit.

A Cat5e cable is going to be sufficient for businesses that are using hard wired Internet connections with Internet speeds up to 1000 Mbps, which is where a lot of Internet service providers have their speeds max out at. This means that Cat5e cables can get the job done for those that are just connecting to the Internet and want fast speeds.

The main improvement with Cat6 cables is the speeds that you can connect at, since they allow for up to 10 gigabit speeds. Why would you need a 10 gigabit cable if your Internet connection is typically only as fast as 1 gigabit? That's because you may have a server at your office where employees access data from, and need the faster speeds to that server. This is incredibly important with things like video editing, where you need to stream 4K footage to workstations at incredibly high speeds.

There is also a variation called Cat6a, which allows the data to transfer over a longer length of cable up to 100 meters long. In comparison, normal Cat6 cables only go up to 55 meters. This may be important if you are in a larger office that requires runs of cable that go beyond 55 meters.

Cat7 cables are similar to Cat6a Cables in terms of bandwidth and max length and data transfer speed. It can also transfer data of up to 100 gigabits over lengths of cable at 15 meters. However, the main difference is going to be the maximum bandwidth that can go through the cable in general. This makes Cat7 a bit overkill for a typical small office, and more ideal for data centers

For more information, contact a company that offers cabling services in your area. 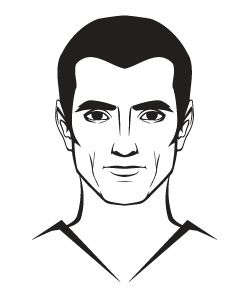 When Can You Use A Commercial 3D Virtual Tour For Promotional Purposes?
3 September 2021

How Does Visual Configuration Software Fit Into Your Sales Model?
9 April 2021